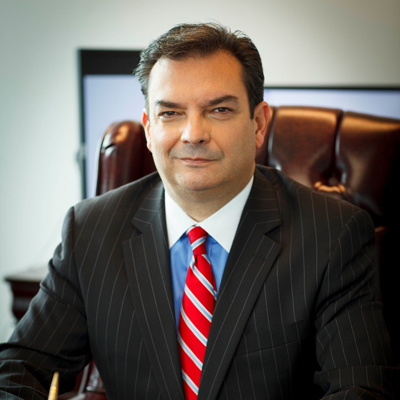 ISRAEL REYES, is the Founder and Managing Partner of The Reyes Law Firm, P.A., in Coral Gables, Florida.  He is a former Circuit Court Judge of the Eleventh Judicial Circuit of Florida appointed by former Governor Jeb Bush on August 14, 2003.  He retired on May 22, 2011, after approximately thirty years of public service as a judge, assistant state attorney, and police detective.  Currently, he is handling all types of civil and criminal litigation representing attorneys, receivers, commercial entities, and individuals.  He is also an attorney’s fees expert, arbitrator, mediator, insurance umpire, police legal advisor, and Special Magistrate.  As a Special Magistrate, he presides over evidentiary and non-evidentiary hearings and depositions and conducts in camera inspections of privileged documents.

While a member of the judiciary, he served as the Associate Administrative Judge of the Circuit Civil Division and in both the Criminal and Juvenile Divisions.  While serving as the Associate Administrative Judge, he began the eCourtesy Submission Service, an online delivery method for providing served documents and proposed orders to judges.  Prior to serving as a circuit court judge, he was a County Court Judge in the Criminal Division.  On two occasions he has temporarily served as an Associate Judge of the Fourth District Court of Appeal and in 2006, was nominated to fill a vacancy on the Third District Court of Appeal.

Before taking the bench, Mr. Reyes was an Assistant State Attorney in the Racketeering/Organized Crime Unit, Civil Forfeiture Section.  While there, he handled the litigation of civil forfeitures concentrating on illegal drug money laundering cases.  He was one of the principal drafters of the revised state money laundering bill signed into law by Governor Bush on July 1, 2000.  He authored “Florida’s Anti-Money Laundering Statutes.”  The Florida Bar Journal,  vol. LXX111, p. 66-70, July/August, 1999 and was the attorney of record (trial and appellate level) in several Florida Appellate Court cases dealing with the issue of standing (right to contest) civil forfeiture actions.  He is a former member of the Florida Association of Police Attorneys and served on the Hispanic Police Officers Association Board of Directors.

Prior to working at the State Attorney’s Office, he was an associate in a personal injury law firm handling the litigation of personal injury, wrongful death, and professional (medical malpractice) negligence cases, and civil actions involving governmental agencies.

He graduated from Nova Southeastern University with a Juris Doctorate in the top 20% of his class.  He received a Bachelor of Science degree in Criminal Justice, High Honors, from FIU and from Miami Dade Community College, Miami, Florida where earned an Associate in Arts in Criminal Justice.

From 1980 until 1995, he was a police officer/detective with the Miami-Dade Police Department where (during various times) he worked in the Homicide Bureau, Media Relations Section, and Special Investigations Division’s Criminal Conspiracy and Racketeering Squads.  He served in the Organized Crime Bureau (where he was one of the principal investigators in the San Pedro corruption case); U.S. Secret Service Task Force; Police Applicant Background Investigation Unit; Firearms Training Section; and Uniform Patrol Division, earning numerous commendations and awards including the Employee Excellent Award.

Before that, he was a police officer with the City of South Miami Police Department from April 1979 to July of 1980.  While there, he was named Officer of the Month.  He attended the Miami Dade Community College Southeast Florida Institute of Criminal Justice (The Police Academy) from November of 1978, until he graduated in 1979.He still volunteers as a Reserve Police Officer/Detective assigned to the Special Investigations Section of a local police department.

In 2004, Nova Southeastern University’s Shepard Broad Law Center (during its 30th Anniversary Celebration) recognized Mr. Reyes as one of thirty outstanding alumni.  He also is a 2007 recipient of the Florida International University–Distinguished Alumni Torch Award for the College of Social Work, Justice, and Public Affairs.

He has lectured on professionalism, public records law, anti-money laundering, racketeering, and criminal investigations to various legal groups and law enforcement agencies around the state.  He has also lectured on those topics to the Guatemalan and Panamanian judiciary as well as training them in preparation for their transition to an oral or accusatory system of criminal justice.  He has served as a featured speaker and presenter at many graduations, public and social events including Leadership Miami, a program of the Greater Miami Chamber of Commerce, for future community leaders.  He continues to serve on several community advisory boards, including the Law Enforcement Officers Memorial High School Advisory Board. He is the Past President of The 200 Club of Greater Miami.

The hiring of a lawyer is an important decision that should not be based solely on advertisements. Before you decide, ask us to send you free information about our qualifications and experience. Any information you obtain on this site is not, nor is it intended to be, legal advice nor the formation of a lawyer or attorney client relationship. You should consult an attorney for individual advice regarding your own situation. Additionally, no statement on this web site shall be construed as a guaranty regarding results, awards, or costs to a client or potential client.

The Reyes Law Firm, P.A., expressly disclaims any guaranties or warranties regarding any information provided on this website (including any hyperlinks, blogs or other publications on the website), and nothing in this website should be construed as such.